Cut a circle out of a square and you get a circle and still have a square. That is the basis of Contravorm: every shape has its contra shape . And it is just that combination of shape and contra shape that produces exciting designs full of contrast, while little or no material goes to waste. 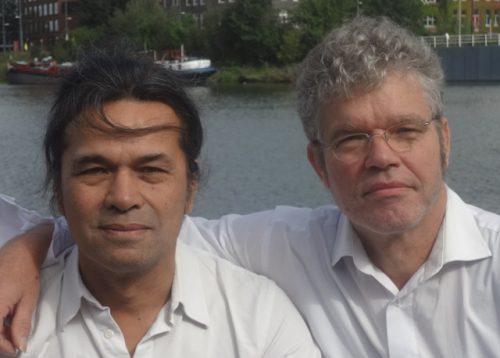 Quite a few years ago, while sawing out two circles from a sheet of wood which served as cutting molds, Menno wondered what he would do with the molds and the remnants after they served their purpose: would he throw them away or do something else with them? The furniture maker soon imagined a quirky little table and shortly afterwards produced the prototype of what would later be called Tonnes™.

The results of this astonishingly simple idea were so appealing, that better developed versions followed soon afterwards and Menno had the idea registered as a design.

Some time later Wim came up with the idea of producing the table in acrylate. He saw this translucent material, brighter than glass, in appealing colors at a manufacturer of synthetic materials.
It literally turned out to be a ‘luminous’ idea. Because of the material’s transparency, the three-dimensional aspect – already so obviously present in the shape of the design – was enhanced even more. Dependent on the existing light and the position from which the table is being looked at, it creates a lively and playful interplay of light, colors and shapes. 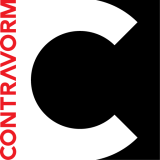 Menno and Wim decided to produce more tables and put them on the market themselves.
From the beginning it was clear what we were doing: we were utilizing remnants. Consequently, we soon came up with a company name: CONTRAVORM (which literally translated means CONTRA SHAPE).

Every shape has its ‘contra shape’. There is no shape without contra shape; an old principle is rediscovered. What we like about this principle, is that it also seems to apply to other dimensions. Both in space and in the field of perception and interpretation we are able to manage very well with a ‘contra shape’ approach. 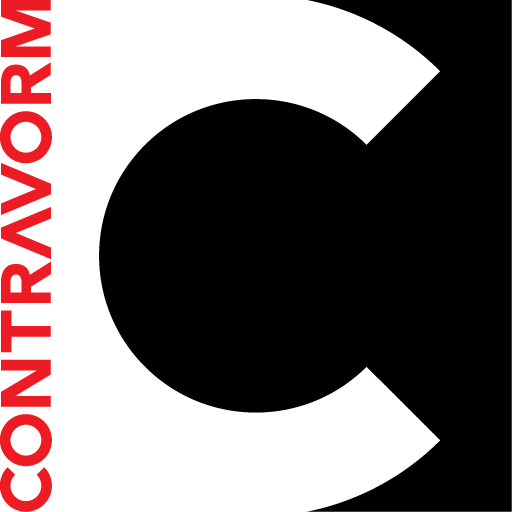